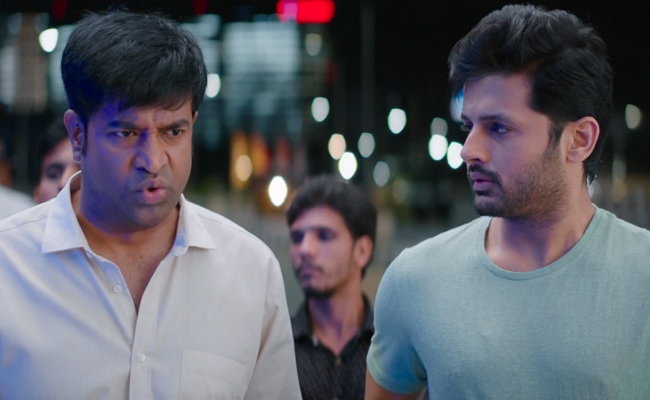 The first glimpse of Bheeshma has given an impression that it is a fun film in the making.

The teaser of Bheeshma will add credibility to that impression as it is filled with some quirky characters and funny dialogue.

Venky, a protégé of Trivikram seems to be following his guru’s template in packaging his films with fun elements.

Nithin is in his elements playing a character that could be relatable to current day’s youth.

Movies like Ishq and Gunde Jaari Gallantayyinde have put Nithin back on track after his dreadful streak that was on for eight long years.

Bheeshma also looks to be a similar kind of film in terms of entertainment and youth appeal.

The movie bankrolled by Suryadevara Naga Vamsi is gearing up for release on Feb 21.