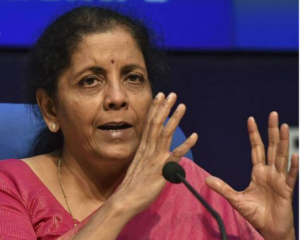 The BJP led NDA government in the national capital is doing all that is needed to revive the economy which is said to be inclining downwards. Finance minister Nirmala Sitharaman’s fresh announcements have brought a cheer among the investors and the stock markets have started gaining.

The biggest announcement is cutting down the income tax to domestic companies and the manufacturing sector. The new tax rate now stands at 25.17 percent for existing companies while for new companies the effective tax rate will be 17 percent.

Earlier the corporate tax was at 30 percent and considering surcharges and cess, it would go all the way up to 34 percent. For the new companies, the government fixed the tax at 25 percent and with miscellaneous, it would reach 29 percent.

With a difference of nearly 12 percent for the new companies especially in the manufacturing sector, they could benefit huge. At the same time, the new companies should start their operations in the country by March 31st, 2023.