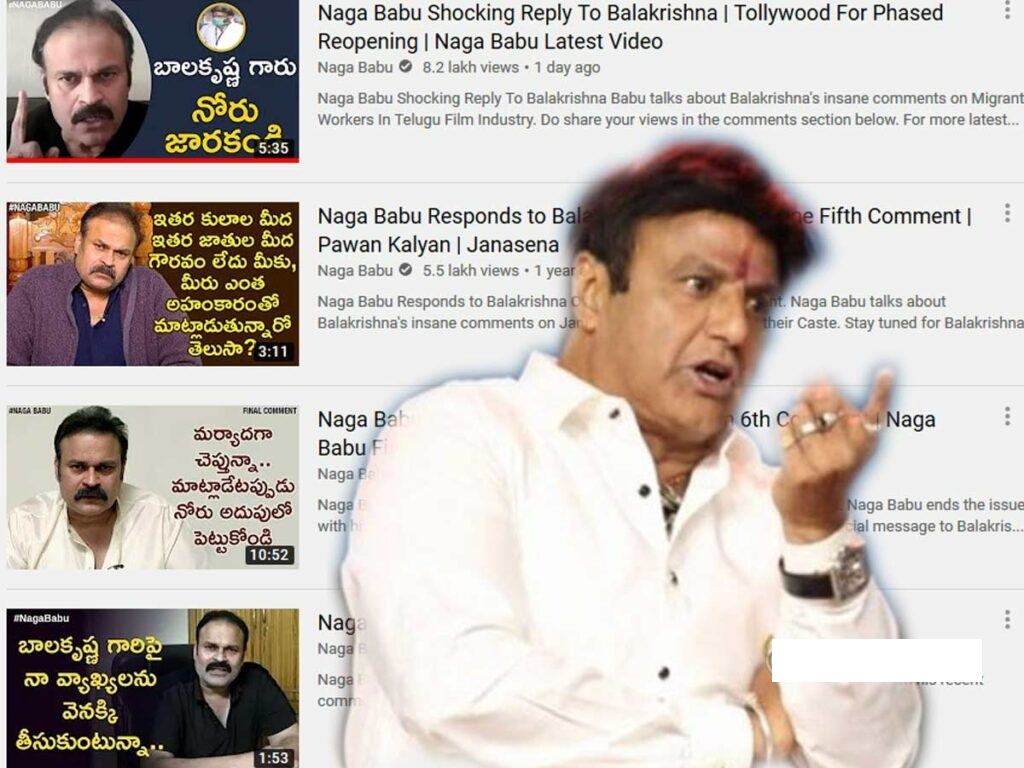 Naga Babu is all over the news from the last few days, first with his Godse tweet and next with his reaction to Balayya’s comments on not being invited to meeting with KCR and Talasani. Many feel that they both should have taken it in a lighter vein instead of exhibiting the aggression.

Leaving the actual controversy and exchange of statements aside, there is an interesting observation about naga Babu’s videos. Naga Babu had been posting videos on his YouTube channel ‘My Channel Naa Ishtam’ for more than five years, the views on each video vary from some 5K to 600K. Except for some videos like revelations on leaving Jabardasth and some old videos about Pawan Kalyan, Naga Babu’s videos hardly managed to surpass the 50K views for each video.

But, whenever Naga Babu lashes at or reacts to Balayya Babu’s comments, the views raked up to millions of views. Naga Babu has done 98 videos so far, but the videos about Balakrishna garnered the highest average views.

This is a mere observation done by some neutral movie buffs from a non-controversial perspective, but the fact remains the same that people tend to watch controversial stuff more than anything else and forget it all sooner.