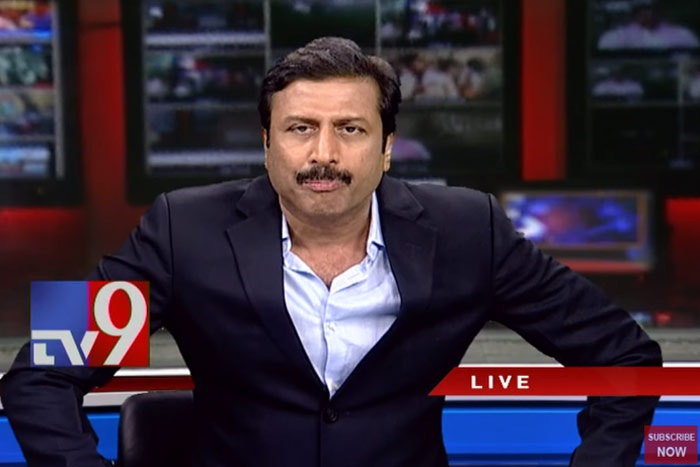 As we know how a massive number of piled-up news and sensation headlines appeared today on renowned journalist/TV9 CEO Ravi Prakash. It is reported that he has been terminated as the CEO from TV9 channel and he is absconding for two days over the allegations of forgery and diverting of funds. However, just a few minutes ago, Ravi Prakash himself went live on TV9 channel, rubbishing all the rumours appeared today. He reiterated all the false statements and rumours made on him and said that even National media is airing wrong information on him.

He clarified that “I’m Ravi Prakash and I’m still the founder and CEO of prestigious TV9 channel”. He also said that he is currently talking from the headquarters in Banjara Hills. He, sarcastically, said that other channels who are showing concern on him, can stop now and he is extremely grateful for this.

He went to say that he has been working all fit and active since 17 years and will continue to do so. Ravi Prakash also preached on what genuine journalism is. He said publishing biased, hypocritical, and hoax scrollings on TV are not the real thing and in fact, journalism should be productive to the society’s welfare.

He conveyed a message to his well-wishers on not to worry over his whereabouts and said that he came on live today only to update his healthy status.