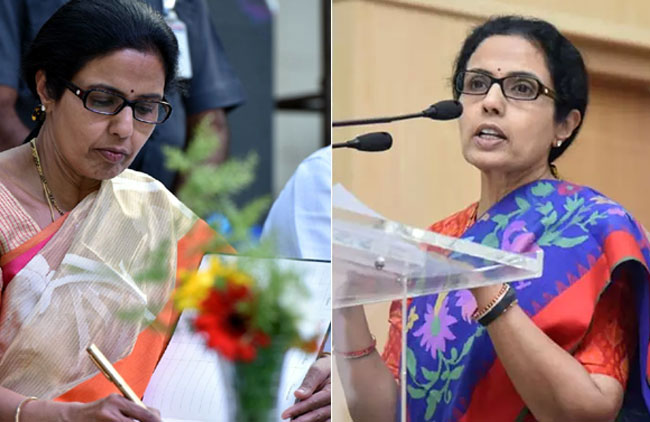 Nara Chandra Babu Naidu’s wife Nara Bhuvaneswari, who remained tight-lipped on the Assembly issue all these days had broken her silence on the matter and gave her response on the matter finally. She had penned down her reaction in a letter. Bhuvaneswari’s letter is now going viral across social media platforms.

Bhuvaneswari had thanked one and all who stood by her and supported her in the matter. Remembering the support she received, CBN’s wife opined that no one should go through such a humiliating experience. She had added that everyone should play their part in making society a better one.

Adding further, NTR’s daughter Bhuvaneswari said that the siblings were raised by their parents with values that they have been following. In tough times, people should extend their support to others and not pass disrespectful comments. No one should experience what I did and I pray for the same, she maintained.

While thanking everyone for supporting her in the tough time, Nara Bhuvaneswari said that she will never forget the support as she was treated like a sister/mother/daughter by everyone who has supported her. The letter was issued from the NTR trust letterhead. The letter mentions her as Managing Trustee of NTR trust.

Tracing back the alleged humiliating incident, TDP chief Nara Chandrababu Naidu was reportedly humiliated in Assembly by the YSRCP leaders by passing abusive comments against his wife. Unable to bear this, Chandrababu Naidu burst into tears while speaking to the media after the issue. He received massive support from the Nandamuri family members.

Breaking: TDP Buddha Venkanna gets Arrested for Comments on DGP and Minister Kodali