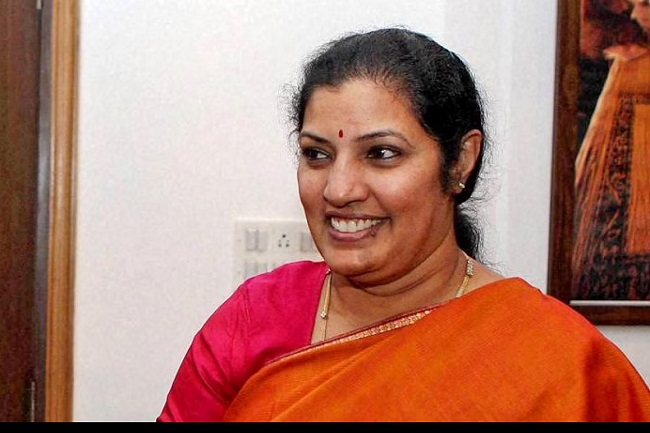 The Jagan Government’s decision to name Vijayawada parliamentary constituency after actor-politician and doyen of Telugu culture NTR appears to have divided the NTR family. While former union minister and NTR’s daughter Daggubati Purandeswari has welcomed the decision, no other family member has opened up on the issue.

Daggubati Purandeswari said that naming the district after NTR was a welcome move and said that this is a recognition of NTR’s contribution to the Telugu people. But her brother and MLA Nandamuri Balakrishna has not made any comment on the issue. In fact, Hindupur too has been made into a district. Balakrishna represents Hindupur assembly constituency.

Even Junior NTR has not commented on the government’s move. NTR carries his grandfather’s name and his filmi heritage. His looks are also uncannily similar to late NTR. He is the third generation actor from NTR’s family. The TDP too has not reacted to the decision. Chandrababu Naidu, NTR’s son-in-law too has not responded to the new move.

In fact, NTR is the legacy of every Telugu. He has become an undoubtedly Telugu icon adored and loved by everyone. He has become a household name because of his contribution to the film, art, culture and politics.