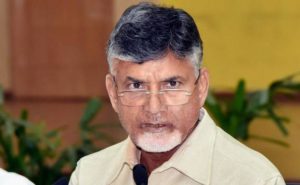 When the members were discussing a question on introducing English medium in the government schools and Chandrababu Naidu was speaking on the issue, Legislative Affairs Minister Buggana Rajendranath said that the issue is posted to Thursday for detailed debate and the members can have detailed and lengthy discussion.

He wanted the Speaker to stop further discussion on the issue now and take up next question.

At this stage, Chandrababu Naidu insisted on the discussion and made some harsh remarks against the Speaker which ignited heated debate.

The Speaker too took strong exception to the gestures and harsh and objectionable remarks against the chair. He wondered how Chandrababu Naidu who claims to have 40 years’ experience questions and disrespects the chair.

Even as the ruling party members objected to Naidu’s remarks, the TDP chief continued to threaten the Speaker pointing his finger at the chair further triggering the debate.

The ruling party members demanded that Chandrababu Naidu be suspended from the House for his derogatory remarks against the Chair.

However, the Speaker excused the remarks made against the chair by the leader of the Opposition and sought the cooperation of the members avoiding degradation of the office of the chair.