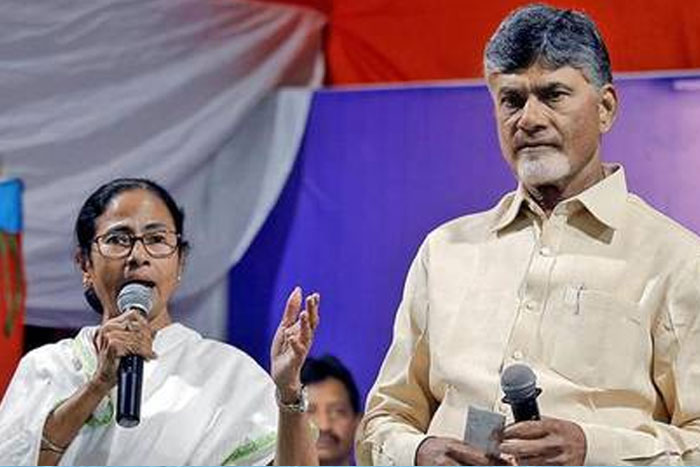 AP Chief Minister and TDP supreme has yet again reiterated that a non-BJP front will come to power at centre, after the results on May 23rd. Ever since TDP stepped out of NDA govt, the party chief maintained a good equation with West Bengal’s TMC and together, both parties opposed and fought against BJP on various issues and also staged national level protests against Modi government in last few months.

The TDP National President Chandrababu Naidu, who is now on a two-day visit to West Bengal for poll campaign, urged people to support the development in state by voting for Trinamool Congress. He went a step ahead and hailed CM Mamata as a Bengal Tiger and stated that she will be playing a very crucial role in the non-BJP government. He further said: “Our support to TMC will always be there and we are demanding EC to count 50% of VVPAT slips to bring in the transparency.”

Considering some cases in Andhra where voting to one party on EVM is displayed to another party on VVPATs, Babu recommended Bengal voters to verify their respective VVPATs after franchising the vote on EVM boards. ‘You should be able to question then and there if anyone tries to involve in malpractices,’ he ended.