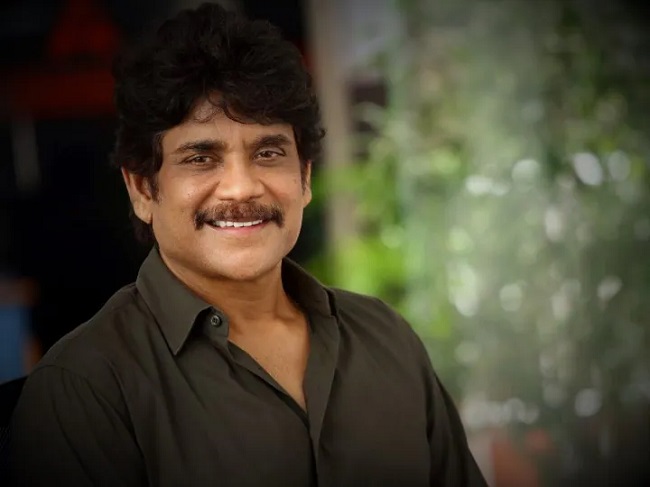 Megastar Chiranjeevi is currently holding a press meet after his lunch meeting with Andhra Pradesh Chief Minister YS Jagan Mohan Reddy. This meeting holds a lot of significance as the ongoing ticket rates issue is creating a headache for the audience, the film industry and politicians too. People were shocked to see Chiru’s close friend Nagarjuna not attending the event. Megastar and King often go to such meetings together and the latter not going with Megastar’s meet with CM Jagan is becoming viral on social media.

But Nagarjuna decided to not attend the meeting with YS Jagan as he is busy with the promotions of his Sankranti release ‘Bangarraju’. During the interaction with media, Nagarjuna himself revealed that he was invited to lunch meeting as he and Chiru often discuss about the industry happenings and its welfare.

He added that Megastar informed him about the meeting with YS Jagan and invited him to come but Nag reportedly denied it due to promotions and pre-release event of ‘Bangarraju’. Nagarjuna and Naga Chaitanya are the heroes of this family entertainer.

Nag reminded people that Chiru has a good relation with YS Jagan Mohan Reddy and since Megastar met the Chief Minister for everyone, he hoped that it would become successful. Nagarjuna made some controversial statements recently claiming that the ticket prices reduction will not affect his ‘Bangarraju’ in any way. He stated that it is good for the industry to increase the ticket rates and he concluded by saying that he cannot stop the film’s release. With a lot of discussion surrounding it, we need to wait and see how the film turns out.

Nagarjuna and Naga Chaitanya are all set to hit the screens on 14th January with ‘Bangarraju’. This movie is a sequel of ‘Soggade Chinni Nayana’ which came during the Sankranti season of 2016 and emerged as a big hit despite the competition from ‘Dictator’ and ‘Nannaku Prematho’. After five years, ‘Bangarraju’ is arriving with a lot of expectations. Ramya Krishna will be seen as the female lead beside Nagarjuna while happening young beauty Krithi Shetty will be romancing Chaitanya. ‘Jathi Ratnalu’ fame Faria Abdullah is doing a special song in this movie.