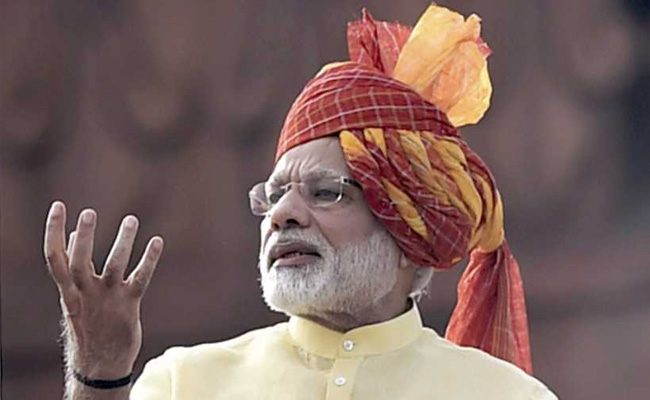 American news magazine Time has featured Prime Minister Narendra Modi on the cover page of its May 20 issue with a headline that may create controversy across the India amid the election season.

The headline reads “India’s Divider in Chief” that is and carries a caricature of the Prime Minister criticises Modi.

This title pertains to the article in the magazine, written by Aatish Taseer with the headline “Can the World’s Largest Democracy Endure Another Five Years of a Modi Government?”

The write up compares former Prime Minister Jawaharlal Nehru’s idea of secularism with the prevailing social “stress” under Modi who “demonstrated no desire to foster brotherly feelings between Hindus and Muslims,” the article read.

Besides, the article it also recalled the Gujarat riots that allegedly claimed lives of scores of people.

The whole article is based on the Hindu-Muslim relations and blames Modi for being pro-Hindu.

It is not the first time when the magazine has come with critical commentary about Modi. In its published article in 2012, the magazine described him as a controversial, ambitious and a shrewd politician.