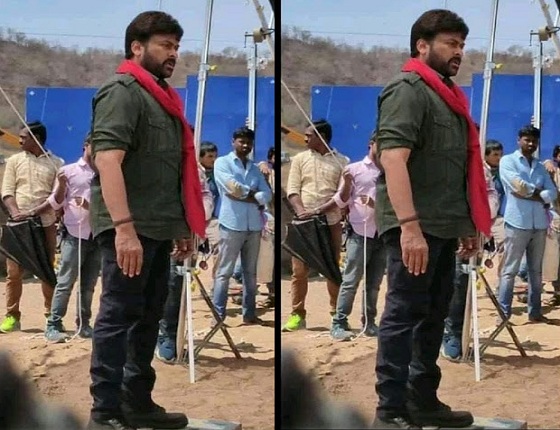 In the look, Chiru is seen dressed in a casual avatar, where he is seen wearing a red towel around his neck. It gives us a hint that he plays something more like a comrade or even a naxalite. But sources even say that Chiranjeevi will be seen playing a government employee who will be working for the endowment department.

Chiranjeevi looks young and like in a never before seen avatar. For this film’s sake, he has hit the gym and has shed some extra kilos to fit into the role.

Trisha is playing the leading lady in this film, which is said to have been titled Acharya Chiranjeevi, tentatively. An official confirmation is awaited. Ram Charan Tej is producing this film under Konidela Production Company, jointly with Matinee Entertainments. Expectations on this commercial entertainer are high.