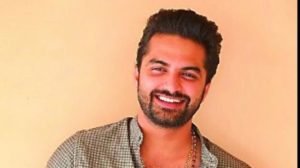 Super Star Mahesh Babu has unprecedented craze among the audience. He enjoys superb following not even in Telugu states but all over the country. The actor will do one film at a time and also takes almost a year for each film.

Being a Super Star, every other director has wish to direct him. But the chance only goes to a selected few. After working with Anil Ravipudi for Sarileru Neekevvaru, Mahesh Babu is now giving chance to Geetha Govindam director Parasuram. The actor is now taking break and the film will go on sets by June or July.

Keeping this aside now a young actor is wishing to direct Mahesh soon. Vishwak Sen who is known with films like Ee Nagaraniki Emaindi has turned director at a very young career with Falaknuma Das. His recent film Hit is a moderate success. Vishwak Sen who has now signed Paagal in the direction of a debutante is planning to balance direction and acting.

Vishwak Sen in this free time is penning few scripts. Speaking in an interview, the actor wished to direct Mahesh Babu if given a chance. He said that Okkadu was his all time favorite film.