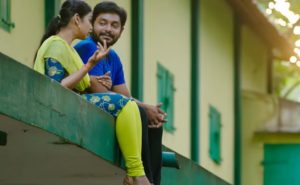 March is considered to be a dull month for Telugu Cinema box office as family audience and students usually stay away from cinemas due to exam period.

But this March will forever be remembered as a nightmare for Tollywood business. Not a single notable film released in this month in first two weeks due to season effect.

And then came the shutdown due to coronavirus pandemic leaving theaters and studios closed from two weeks.

Movies like V starring Nani and Sudheer Babu and other films like Orey Bujjiga, 30 Rojullo Preminchadam Ela were supposed to be in theaters now. But Telugu film industry will remain nonoperative for at least another two weeks.

Industry insiders say that there may not be any releases in April, which is sure going to push the film business into big slump.

O Pitta Katha that released in March made some buzz thanks to Brahmaji’s active promotions of his son’s debut film. But the film turned out to be a damp squib.

Palasa 1978 won acclaim, but couldn’t mint money. Same is the case with a couple more small films that released right before the lockdown.