Advertisement
Home News If that man opens his mouth, Jagan will go to jail?! 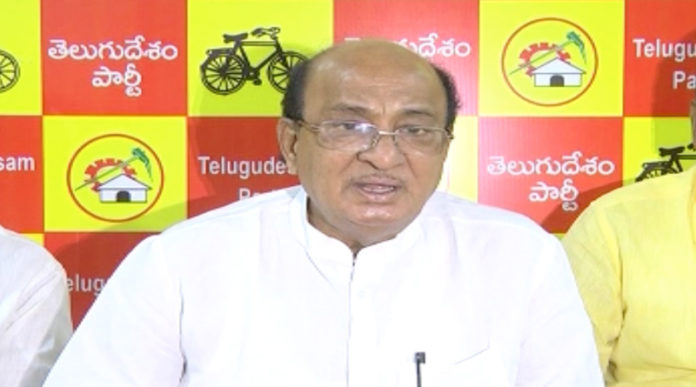 Industrialist Nimmagadda Prasad is in the jail of Serbia right now. Rajamahendravaram Rural TDP MLA, Gorantla Buchayya is claiming that if at all Prasad opens his mouth in Serbia, Jagan will go to jail directly.

But if in case he does not open his mouth, he will be hanged to death by Serbia. He said that because of Jagan’s poor decision making, Andhra Pradesh State is going to go bankruptcy.

In Rajamundry Press Club of East Godavari, Buchayya expressed his views on many topics. He said that if Jagan Mohan Reddy says he will eradicate corruption, it is the world’s best joke. Because he opines that Jagan is the most corrupt person in the State.

He also questioned why hasn’t State’s Financial Minister Rajendranath Reddy has not responded on the sand mining mafia going on in his own constituency Doan. He also was upset on why the prices increased in the State, especially petrol prices.