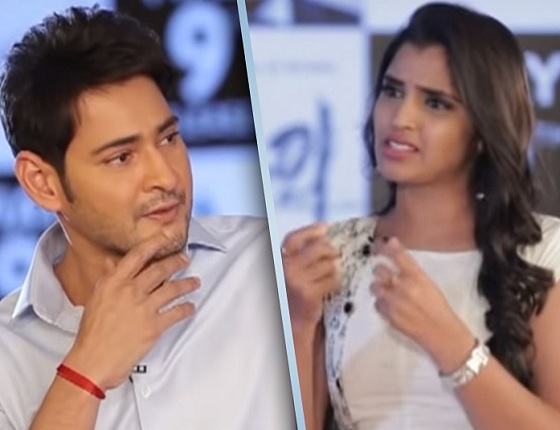 These are the days where some TV anchors are behaving like those ‘flattery’ agents appointed during the times of kings. None other than Superstar Mahesh is said to have got hurt with such acts of a noted anchor.

While interviewing Mahesh Babu, #BigBoss fame anchor Syamala has praised the star for his colour. Giving a reference to the actor’s agriculture act in Maharshi, where he’s seen ploughing the land with his pants folded below the knees, Syamala stated that Mahesh’s legs are looking quite rosy and attractive. This is a regressive thought for sure because if someone says the same thing about a heroine’s body parts, it would have become a controversy by now.

Though Mahesh got little irked when the question was posed, he answered that with dignity and elan. But later, he’s said to have blasted his team and also the anchor for putting up such silly questions. Apparently, the superstar asked the anchor and her team to prepare an interesting questionnaire than this ‘bhajana’.

Not just Syamala, but many anchors need to think twice about their silly praising when it comes to talking to star heroes and heroines.