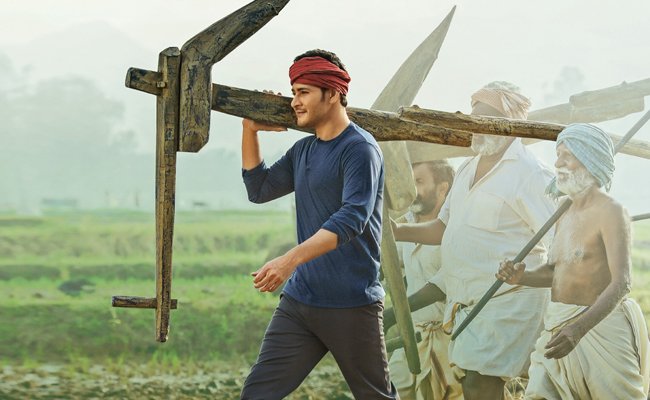 Superstar Mahesh Babu is jubilant with the commercial outcome of his latest film Maharshi.He went on to pull off a collar-raising stunt that has gone viral across social media platforms. He also planted a peck on director Vamshi Paidipally’s cheek as a gesture of gratitude.

Mahesh was supposed to go on a holiday with family, but our sources informed that the Superstar has postponed all his holiday plans for a few days.

Mahesh is planning to tour the theaters of Maharshi to make sure that the film’s collections doesn’t drop in the coming days.

Mahesh wants to push the film’s commercial prospects to another level by touring the theaters as well as interacting with farmers and students.

Trade is predicting Maharshi to be the first film for Mahesh to cross Rs. 100 crore share, but Mahesh has other plans.

He is doing his best to push the film further so that it could set Non-Baahubali records at the box office.

Although the film is creating wonders in areas like Nizam and Krishna, it’s performance has been below par in US.