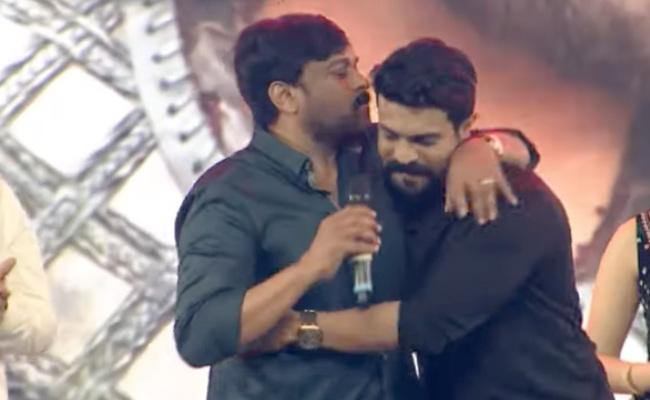 Chiranjeevi was away from the film industry for a period of ten years but he has proved his stamina with ‘Khaidi No.150’ as the movie went on to collect 100 crores.

‘Sye Raa’ has proved his crowd-pulling capacity again. Recharged with the response, Chiru is taking up more projects. Charan is taking the responsibility of Chiranjeevi films.

Choosing Surender Reddy for ‘Sye Raa’, holding Koratal Siva for ‘Acharya’ for a year, handing over the responsibility of ‘Lucifer’ remake to ‘Saaho’ director Sujeeth, all these things are taken care by Charan. He is focusing more on keeping his dad busy rather than his films and career.

Tarak has already finalized his next film after ‘RRR’. Setting up a project with Trivikram even before the release of ‘Ala Vaikunthapurramloo’ has become a huge advantage for Tarak.

A film with Trivikram after such a blockbuster will have a big craze. But Charan has not taken a decision on his next project. He is going to appear in a cameo in ‘Acharya’ for his dad’s word!