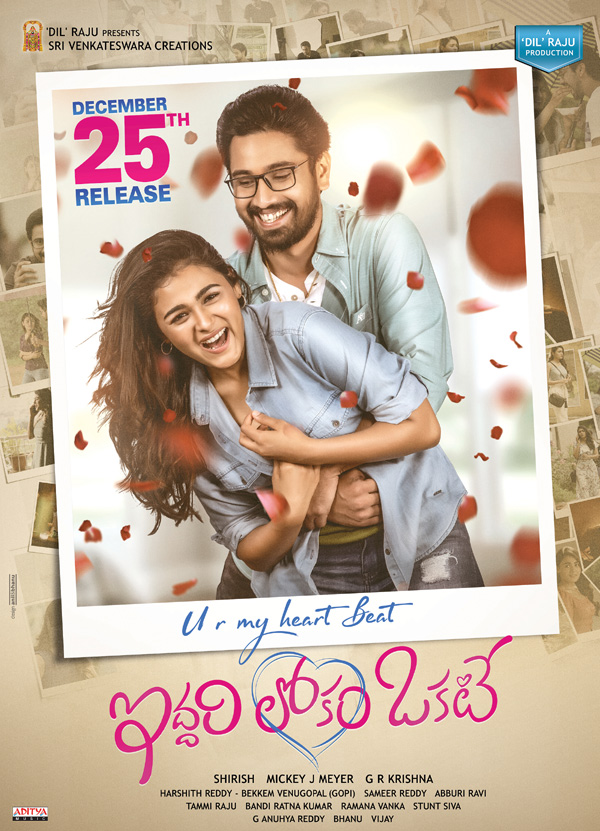 One of the ace producers of Telugu film industry, Dil Raju, is seriously maintaining some low buzz and low profile these days over many things. Whether it is his attendance at PM Narendra Modi’s special meet with Bollywood stars or his silence over the clash of release dates of Sarileru Neekevvaru and Ala Vaikunthapurramuloo, it is quite surprising to see Raju off from media.

And now, a film of Dil Raju is hitting cinemas, but the ace producer is not as vocal as before and not making tall statements like before. This is quite shocking to many who know Raju. Raj Tarun’s latest movie “Iddari Lokam Okkate” which features Shalini Pandey as the leading lady is hitting cinemas on Christmas eve. While the release is just 20 days away (Dec 25th), Raju is neither prompting the film heavily nor he is making other people in his team to create a lot of hungama about it.

Some say that Raju might have not liked the output as usually, his films will come up with heavy promotions safeguarded by solo release date. Though the film is Censored long back, somehow Raju is holding it back, but now that he is releasing, hope he makes the team create good buzz around it. Currently, the film is carrying low buzz and Raju seems to be worried with this. Directed by newcomer GR Krishna, the film has Mickey J Meyer scoring the music.