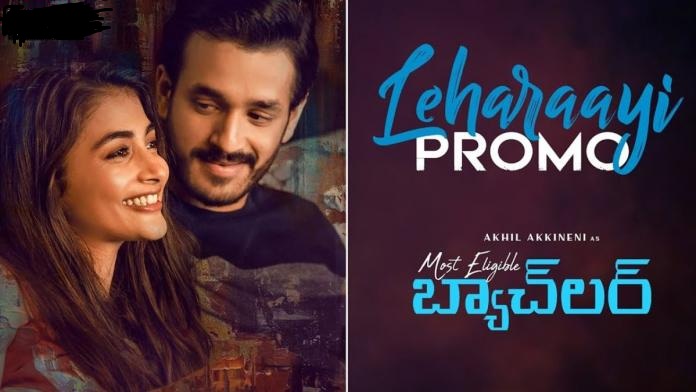 Akhil Akkineni’s Most Eligible Bachelor team has kick-started the promotions, and makers today unveiled the promo of ‘Leharaayi’, a new song from the album.

The song is crooned by Sid Sriram, and the music is composed by Gopi Sundar. The promo showcases the passionate romance between the lead pair Akhil and Pooja. Their chemistry in the song is sure to make the viewers feel aww.

Most Eligible Bachelor will release in theatres on October 8. Directed by Bommarillu Baskar, the film is jointly produced by Bunny Vas and Vasu Varma and is presented by Allu Aravind.

Akhil will play the role of Harsha, an NRI, while Pooja Hegde will be seen as a stand-up comedian in the film. Eesha Rebba, Aamani, Murali Sharma, Vennela Kishore and Pragathi will be seen in the supporting cast.