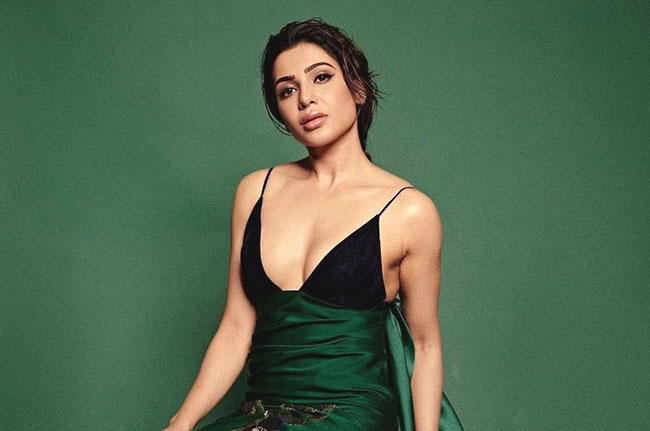 Queen Bee Samantha Ruth Prabhu made a successful entry to the North market with the Family Man 2 web series. As another big step, Samantha got Raj & DK next project that stars Bollywoodhappening hero Varun Dhawan as the lead. Samantha wants to prove herself in Bollywood as she did in the south.

For Bollywood dreams, Samantha Ruth Prabhu started a hunt for a house in Mumbai. If everything would have gone as per the plan, Samantha would have got a few films. She was supposed to get a film which will be bankrolled by a Bollywood actress, who is riding high on her recent successful films.

No one knows what happened, but there is no further update on the project. Now the latest buzz is that Samantha Ruth Prabhu reportedly shifted her base to Mumbai without making any noise.

It is said that Samantha moved to Mumbai unofficially as her next projects will happen in Mumbai and surrounding places. Samantha and Raj & DK’s project will be shot in Mumbai and a few foreign locations. Samantha had earlier announced a foreign film titled Arrangements of Love.

Besides Raj and DK film, the foreign film which is the adaptation of a novel is likely to be shot in Mumbai. This needs Samantha Ruth Prabhu to spend more time in the shore city for her work commitments. To facilitate this, Samantha is said to have shifted to Mumbai.

Samantha Ruth Prabhu is focusing more on Pan-India films as they are the current phenomenal. She will be next seen in the mythological drama film Shaakuntalam. Gunasekhar is the director. Samantha also has the much-awaited bi-lingual Yashoda in her hands.

Yashoda, a science fiction thriller has Unni Mukundan and Varalaxmi Sarathkumar in key roles. Director duo Hariâ€“Harish is helming the project which is shot in Tamil and Telugu. Having seen heights as a commercial heroine, Samantha Ruth Prabhu is now experimenting with different scripts