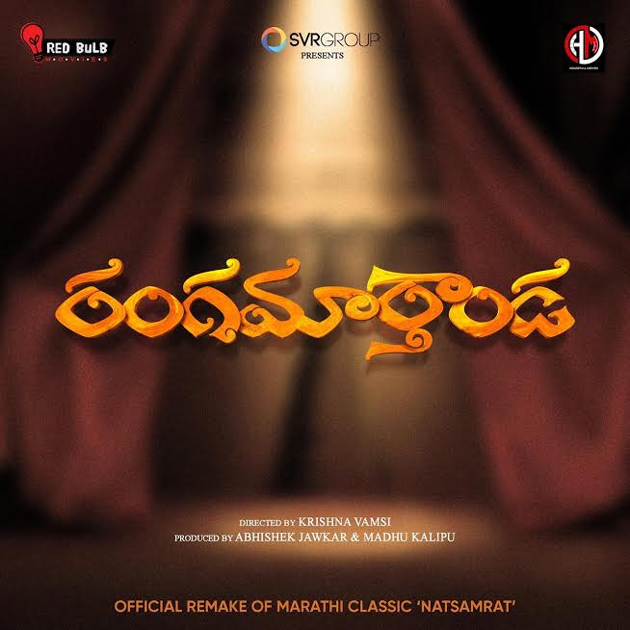 In a career spanning over 24 years as a director, Krishna Vamsi opted for a remake just once. He remade a Malayalam movie ‘Chandralekha’ with same name in 1998. Now after twenty one years, he decided to remake a Marathi film ‘Natasamrat’.

Directed by Mahesh Manjrekar in 2016, ‘Natasamrat’ revolves around the life of a renowned theater-artist Appa played by Nana Patekar. The film won a lot of accolades and awards. Many hailed it as a modern day classic.

Now, Krishna Vamsi decided to bring this film in Telugu. After taking a sabbatical for three years, he decided to direct this tragic drama. He hadnâ€™t tasted success in a long time and is hoping that this film changes his fate. The film is titled ‘Rangamarthanda’ and Vamsi’s close friend Prakash Raj will be playing the title role. The film is produced by Abhishek Jawkar and Madhu Kalipu.