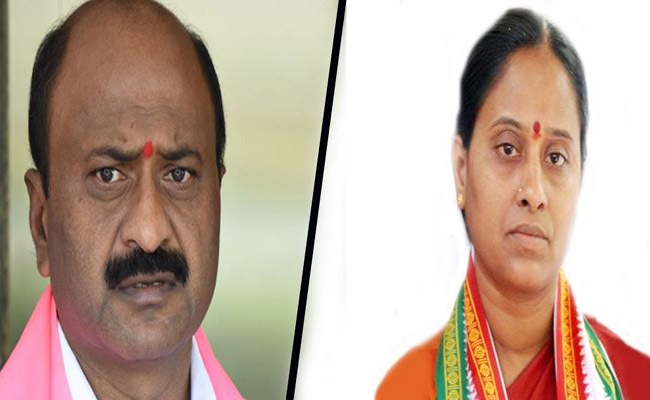 A fierce war of words is ensuing between Warangalâ€™s Konda couple and TRS MLA Dharma Reddy in the North Telangana district of Warangal. The Konda couple, who are now in the Congress, are at loggerheads with TRS MLA Challa Dharma Reddy.

The war of words led to TRS activists damaging the Samadhi of Konda Muraliâ€™s parents in Agrahampad village of Atmakur mandal in Warangal district. The Congress activists reached the spot and tried to stop the TRS activists. As a result, a tense situation prevailed in Agrahampad. Later, Konda Surekha rushed to the spot to pay her respects to the Samadhi of her in-laws. She said that the samadhis were attacked at the behest of MLA Dharma Reddy.

Comedian Ali Response over Not Getting Rajya Sabha Seat from YCP