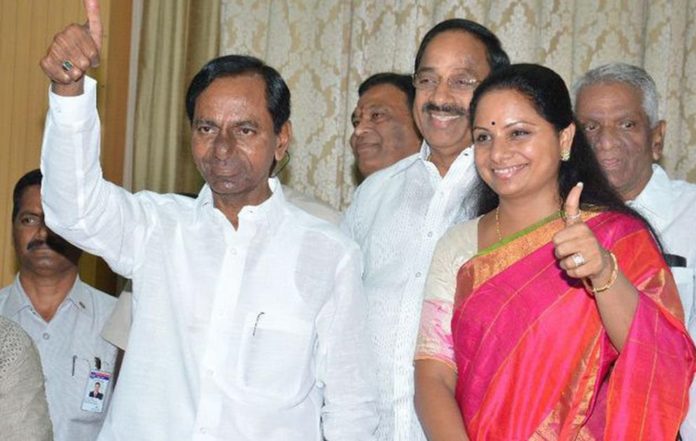 Kavita had been a part of the Telangana movement even before the bifurcation. She was known to be a smart kid of KCR alongside her elder brother KTR who participated in rigourous protests.

After the State was formed and her father KCR had become the Chief Minister of Telangana, she and her brother too took portfolios in the cabinet.

Then in 2019 Elections too, KCR won back as the CM of Telangana. Her brother KTR also won in his constituency. But Kavita had lost in her own constituency with a great majority to her opponent. Since then she is staying low from active politics.

As the notification for Rajya Sabha elections were issued, there has been a curiousity. Both the vacancies from Telangana are given to TRS party. And like always KCR is keeping mum on what names he is considering.

Rumours are, Ex-MP Kavita might be considered for this. Since KCR feels that a leader like Kavita is needed in TRS, he is considering either an MP seat or a Minister seat for her soon.