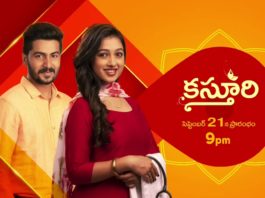 It has been over 3 years since Pawan Kalyan was last seen on the big screens and he is set to make a comeback of sorts with Vakeel Saab. The film is carrying sky-high expectations and it is setting new records even before its theatrical release.

Going into the story, Vakeel Saab has established an unprecedented records in terms of revenues generated through digital and satellite rights.

The Pawan Kalyan starrer has reportedly fetched around Rs 50 crores through digital and satellite rights.

While the digital rights were acquired by Amazon Prime Video, the satellite rights were bagged by ZEE TV. The exact value of these two deals is unknown for now but reports say Dil Raju and Boney Kapoor made around about Rs 50 crores by selling off relevant rights.

Dil Raju and Boney Kapoor, who are producing the project are said to have recovered majority of the production cost through the digital and satellite rights alone.

The fact that Vakeel Saab minted Rs 50 crores through non-theatrical rights despite being a remake speaks volumes about the craze and anticipation surrounding the Pawan Kalyan starrer.