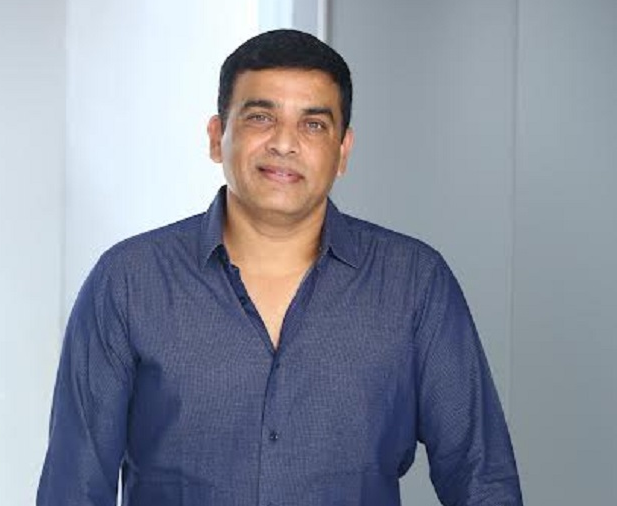 The combination of Venkatesh, Varun Tej, Anil Ravipudi and Dil Raju who have a blockbuster family entertainer like ‘F2’ in 2019 are coming back with ‘F3’ which is all set to release on May 27th. There are good expectations on this project which has Sirish as the producer and Devi Sri Prasad as the music composer. The trailer got a very good response and the entire team are promoting the film quite aggressively. Leading ladies Tamannaah Bhatia, Mehreen Kaur Pirzada and Sonal Chauhan gave interviews to the media apart from a few key technicians. Actor Sunil gave an interview too while Venkatesh, Varun Tej and Anil Ravipudi are promoting the film on popular shows. Star producer Dil Raju interacted with the media and shared his experience with the cast, Anil Ravipudi and talked about various issues.

Speaking of ‘F3’, he said that Anil Ravipudi had an idea of ‘F3’ even before the release of ‘F2’. They planned to make it if ‘F3’ became successful which it did happen. After ‘Sarileru Neekevvaru’, Anil reportedly finished the script and got the entire team together once again. Dil Raju stated that ‘F3’ made him laugh so much during the script stage itself and the final output made him laugh even louder. He added that ‘F3’ is a non-stop entertainer and a completely fun ride. According to Dil Raju, ‘F2’ is about love, marriage, wives, hardships in marriage and others which were narrated in a funny manner. ‘F3’ revolves around money and it is as important as the ‘Panchabhootas’. Dil Raju says that Anil made the film brilliantly and he always thinks about whether the audience like it or not which is very good quality. Anil created a lot of fun with the huge star cast and it will leave you in splits by the end of the first half itself. Dil Raju promised that out of 148 minutes of runtime, the audience will laugh non-stop for at least 90 minutes.

When asked about the reason for not increasing the ticket rates, Dil Raju stated, “A lot of things changed after the pandemic. The budgets got increased due to the unwanted stoppage. At the same time, audience got habituated to OTT platforms. We tried to recover money by increasing ticket rates for huge projects like ‘RRR’ and ‘KGF â€“ 2’. It worked out well too. But it is observed that a lot of audiences are distancing themselves from theatres due to high ticket rates. The repeat audience have reduced. While the upper class is okay, the middle class and lower middle-class people have stopped coming to theatres and the unreachable ticket prizes are the reason. ‘F3’ is a movie made for everyone and it should be watched by all sections of the audience. This is the reason why the ticket prizes have not been increased.” He is confident that ‘F3’ will have a repeat audience and added that he likes speaking about collections thereby getting a kick out of it.

He stated that they never thought of releasing ‘F3’ on a pan-Indian level since such an idea should begin from the script stage itself which did not happen. Dil Raju stated that they are considering 2-3 films that have larger-than-life appeal. Marvel movies, Avatar and other grand projects are running brilliantly in theatres. The same trend started in Telugu too by Rajamouli with his humongous projects like ‘RRR’ and ‘Baahubali’ franchise.

Coming back to the tickets issue, Dil Raju said that few people blamed him for hike in ticket rates because he released those films in the Nizam area. But he says that it is completely out of his hands as there are many involved in such decisions starting from heroes to producers. This is why he is reducing the ticket rates of his project and hopes that its success leads to change in the minds of others. Talking about the pay-per-view basis by OTT platforms for big films, he said that they are testing if the audience are willing to pay and watch or not. When asked about the mean of the other ‘F’ in ‘F3’, he said that it is ‘Fun, Frustration because of Finance’. He revealed that Anil has a good idea for ‘F4’ and it will happen soon. This is the first sequel in Dil Raju’s banner and let us see if his confidence in ‘F3’ works in his favor or not.