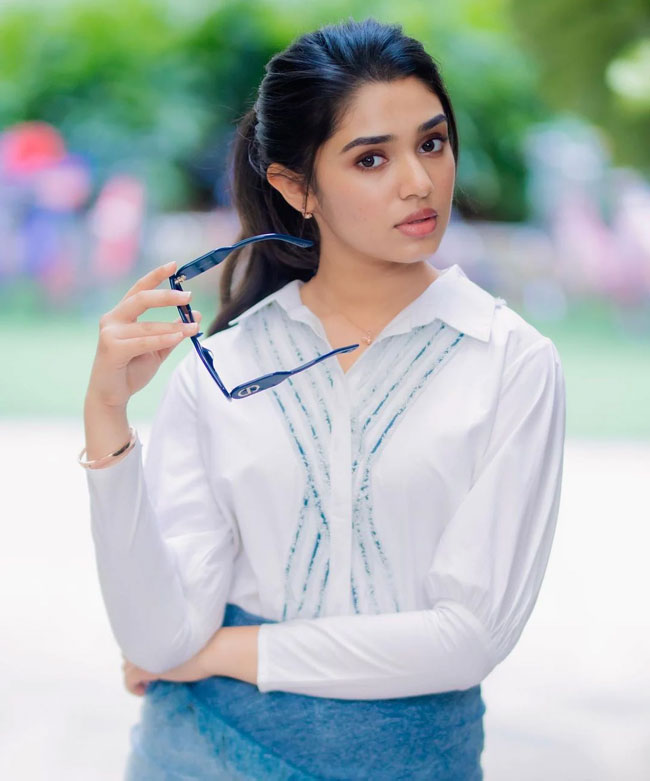 No matter how good of an actor you are and how good-looking you are, it is the success that determines your future in the film industry. Ravishing young beauty Krithi Shetty made her foray into Tollywood with ‘Uppena’. The film turned into a super success and Krithi’s adorable looks won the hearts of many.

She turned into the most happening actress in Tollywood and got flooded by offers. She paired up with many young heroes already and has a lot of interesting projects in her kitty right now. After ‘Uppena’, her next two movies ‘Bangarraju’ and ‘Shyam Singha Roy’ ended up as decent hits. She is termed as a golden leg but her success streak ended for now due to two huge setbacks.

She acted alongside Ram Pothineni in ‘The Warrior’ which was a bilingual. It was a huge project for her but the film turned out to be a huge disaster. Her recent outing ‘Macherla Niyojakavargam’ with Nithiin too got a very negative talk. Insiders say that the film may end up as a huge disappointment for everyone involved.

Apart from the bad results, Krithi Shetty did not have much scope to perform in these films. Also, there were complaints about her low acting skills. With such complaints and setbacks, it is quite necessary for Krithi Shetty to bounce back immediately. Her romantic entertainer ‘Aa Ammayi Gurinchi Meeku Cheppali’ with Sudheer Babu will be coming out soon. Directed by Mohan Krishna Indraganti, she will definitely get a meaty role and we need to wait and see how that film turns out.

People are hoping that Krithi gets back on the success track and impress everyone with her acting capabilities in the coming days.