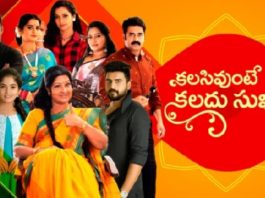 The moment they hear the name Jamuna, her fans remember her beautiful face. She has a record of surviving as a heroine for long period in the Telugu film industry. She impressed many as a heroine opposite heroes who are younger than her. Fans revisit the way she acted alongside legendary actors. She left her mark as Satyabhama. A few heroes had a good start for their careers with her films.

Jamuna’s real name is Jana Bhai. She was born in Karnataka’s Hampi but was brought up in Guntur’s Duggirala. At that time Savitri used to do plays. Coincidentally, Savitri stayed at Jamuna’s house to give a show. With that Jamuna started calling Savitri Akka before coming into the industry. With Savitri’s inspiration, Jamuna also started doing plays. Famous actor Jaggayya used to give chances to Jamauna and Savitri and direct the plays. Doctor Garikapati Rajarao introduced Jamuna to the industry with Puttillu. Jamuna scored good marks with the first film itself.

When her films were remade in Tamil, makers used to cast her to reprise the roles. She acted in Hindi in films like Miss Mary, Milan, Ham Rahi, and Dulhan. Jamuna acted in a few Kannada films as well.

Jamuna married Juluri Ramanarao, a professor. The couple has two children, Vamshi and Sravanthi. Vamshi is working as a Media professor in San Francisco. Sarvanti has a kid. Jamuna is staying in Hyderabad with her daughter and grandchild.