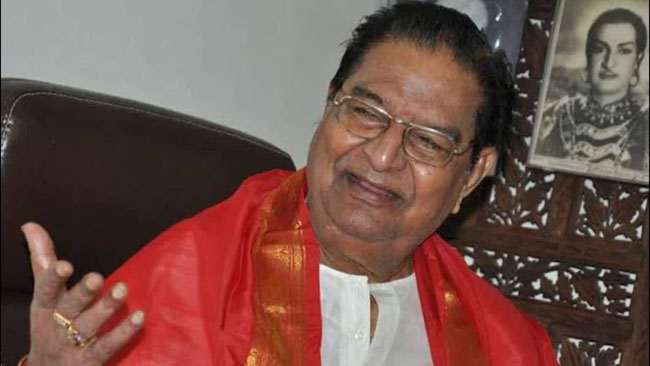 We already reported that veteran Tollywood actor Kaikala Satyanarayana has been in a critical condition and is being treated at Apollo Hospital.

However, a few news channels reported that the legendary actor is no more. With the fake news going viral on the internet, Kaikala Satyanarayana’s daughter has come out to rubbish the rumours.

“My father is gradually recovering. He is responding well to treatment and talking to everyone. No one needs to worry about his health. Do not believe the false propaganda about Kaikala’s health,” Ramadevi said.

Kaikala Satyanarayana, was admitted to Apollo Hospitals, Jubilee Hills, on Saturday morning at around 7.30 am in a critical condition with fever and drowsiness, according to the medical bulletin from the Apollo Hospitals.

Megastar Chiranjeevi on Sunday said that the veteran actor’s health seemed to be improving.