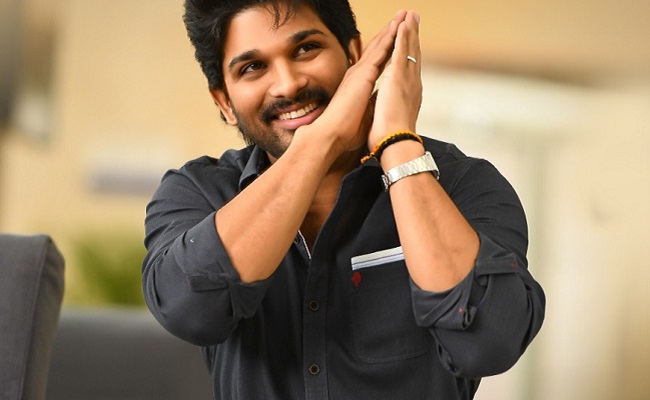 Stylish Star Allu Arjun is gearing up for his upcoming film Pushpa. While his fans and audience are already excited about the film, the latest update adds more to the buzz.

If the latest reports are to be believed, Allu Arjun is all set to dub for the movie in five different languages. Yes, absolutely FIVE! It is heard that Bunny may enthrall the audience with his language skills by dubbing for the film in Hindi, Malayalam, Tamil, Kannada, and Telugu. This will be the first time, Allu Arjun will be dubbing in the five languages. A source close to Allu Arjun said that he is currently practicing the accents of each language amid the lockdown.

Looks like, Bunny and Pushpa team are leaving no stone unturned to make the film a blockbuster hit. On the other hand, touted to be an action-drama, Allu Arjun will be seen in the role of a lorry driver in the Seshachalam forest range, which forms the backdrop for the story.

Pushpa is bankrolled by Mythri Movie Makers. Devi Sri Prasad is the music composer. Rashmika Mandanna plays the female lead, while Vijay Sethupathi essays the powerful negative role. Set in the backdrop of Red Sanders Smuggling, Pushpa will be shot in majorly in the forest areas of both Kerala and Tirupati. The film’s regular shoot may resume from mid-June.