Advertisement
Home News Why is Jagan not staying in Amaravati house? 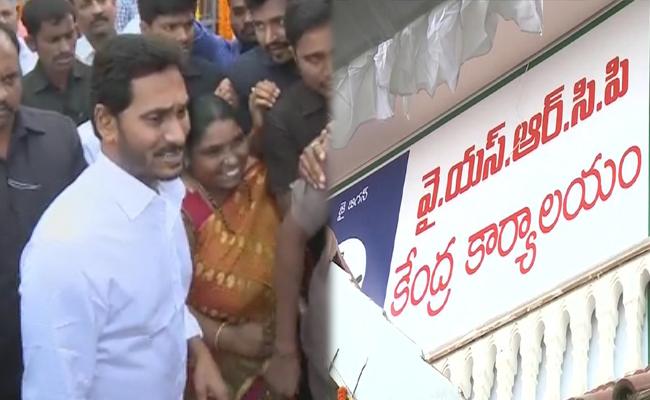 However, Jagan hardly stayed there as he had to hit the roads within a few days following the announcement of the poll schedule.

He, however, did not come to the Tadepalli house even for the breaks during electioneering. Instead, he preferred to return to his Lotus Pond residence in Hyderabad.

As a matter of fact, it would have been convenient for Jagan to have his Tadepalli house as the central location, from where he could gone to different places for election campaign. However, he chose to return to Hyderabad.

This has led to the allegations from his political rivals, particularly the Telugu Desam Party, that Jagan was operating from his Hyderabad residence only because he had to be in touch with Telangana Rashtra Samithi president K Chandrasekhar Rao for planning, funding and other kinds of support.

Even after the elections, Jagan preferred to stay back in Hyderabad, rather than the Tadepalli residence.

Inquiries revealed that the main reason why Jagan had decided to operate from Hyderabad and not from Tadepalli was he had received a specific input from the central intelligence authorities that he was facing a threat perception in Tadepalli.

“Apparently, the intelligence authorities reportedly spotted some unidentified people moving suspiciously near Jagan’s Tadepalli residence. This led to the authorities sending an alert to Jagan and advising him not to be careless while undertaking electioneering. Till the suspects are identified and apprehended, Jagan was advised not to venture into Tadepalli,” sources said.