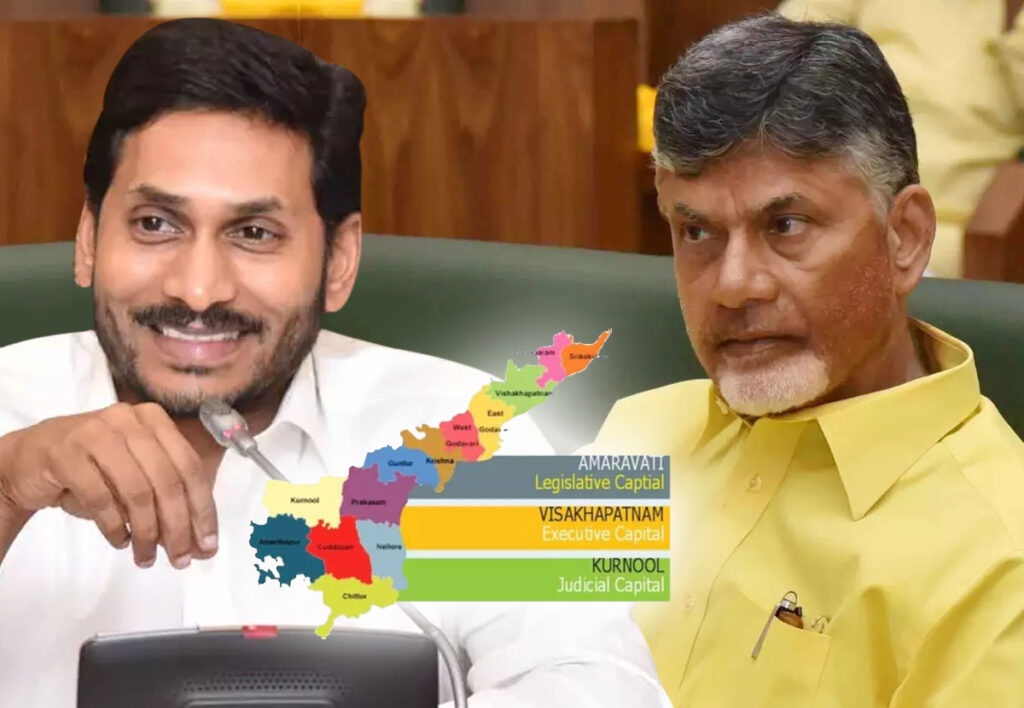 Opposition TDP has come down heavily over AP Governor Biswabhusan Harichandan’s assent to the Three capitals bill (AP Decentralisation and Inclusive Development of all Regions Bill) and CRDA Repeal Bill.

Chandrababu Naidu has termed it as “Black Day” in AP’s history and dubbed Governor’s approval to the bills as “unconstitutional” and “injustice”.

Stating that the farmers of Amaravati had sacrificed lands voluntarily to the previous government upon trust on government and for the development of the state.

Attacking CM Jagan, Chandrababu alleged Jagan of “twisting wrist” (Madam Tippadu) over capital. Chandrababu questioned Jagan that why did he accept the CRDA Bill when he was an Opposition Leader in the house in 2014 and why he repelled the CRDA Bill now when he became CM. Naidu said the last 14 months has been “destruction” but no “construction”.

He said Jagan’s administration has “killed” Capital Amaravati. He said no where in this country any state has 3 Capitals. Chandrababu said what the state wants is “decentralisation of development” but not “division of capitals”. Naidu recalled how his state government had announced several industries and SOPs to several districts while announcing Amaravati as state capital. He said Jagan’s administration has stopped all such works across the districts and acted against the spirit of “decentralisation of development”. Chandrababu said his government had announced industries in Anantapur, Chittoor, Kurnool and also to North-Andhra districts. He said his government had planned several development activities in Vizag and the same were stalled by Jagan’s administration.

Chandrababu said TDP will fight against the government’s evil plans to kill Amaravati and shift the capital to Vizag in tooth and nail. Naidu said TDP as a political party fights this in public medium and also fights this legally. Chandrababu demanded that Amaravati should be made the sole capital of the state.

Stating that Amaravati as capital is a well-thought and well-planned decision as it is also geographically equilocated and convenient for people. He stressed that the development should be decentralised and planned across all the districts, but a state should have only one capital. Chandrababu challenged Jagan’s government to go for elections or public referendum over 3 capitals.

Meanwhile, YS Jaganmohan Reddy government is making swifty moves. With the Governor’s nod for 3 Capitals Bill, Jagan’s administration is planning to build a Raj Bhavan and Secretariat at Visakhapatnam.