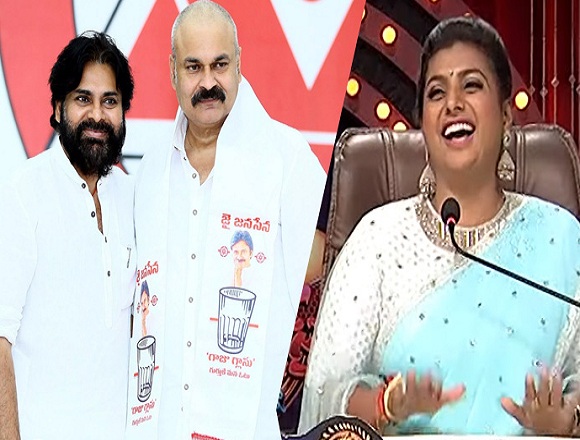 Mega brother Nagababu has unexpectedly taken a political turn in the recently concluded general election. After attending just one political meeting of Janasena party, he has acquired Bhimavaram MP ticket and party supremo Pawan Kalyan confirmed that as no one is coming forward to take that MP ticket he asked his brother to contest.

Whatever his political future maybe, Nagababu has earlier reiterated that he will be continuing to judge popular comedy show Jabardasth. But now that his fellow judge and MLA contestant Roja Reddy is also back to the show, one wonders what is stopping Nagababu from coming back. Inside sources revealed that his brother Pawan Kalyan is the reason for Nagababu not making his inroads into the comedy show.

“Though Nagababu is very much interested to go back to Jabardasth, he is right now wondering what Pawan will think about it, as the Powerstar is not all clear on coming back to films or not. After May 23rd, looking at the result, both the mega brothers will have a word, then Pawan might give him a nod to go for Jabardasth” a source said. Looks like Pawan is confusing his brother a lot regarding professional work.

Watch Lockdown Effect: Depression And Frustration Raises In Many People