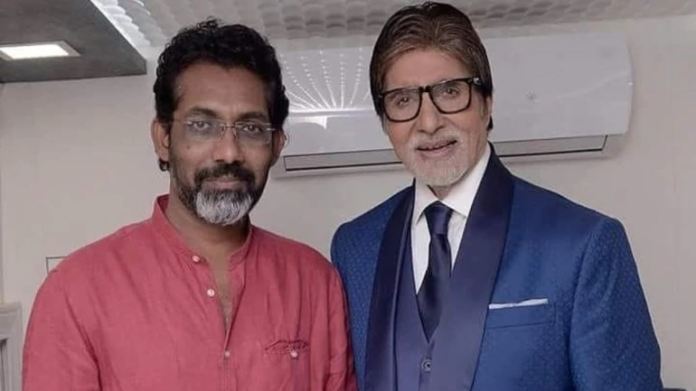 It’s well known that Big B’s film Jund, which is a sports genre is all set to go on floors. Nag Raj Munjale, who rose to fame with Sairat, is going to direct the flick. While prepping up for the release of the film, an unexpected copyright controversy cropped up.

Dr Nandi Chinnikumar based out of Hyderabad filed a petition in the 15th District Judge’s Court earlier, claiming that he owns the copyrights of the film, which he took inspiration from the life of slum soccer champion Akhilesh Paul. The film’s director-producer, Nagaraj Munjale, also Amitabh Bachchan, Netflix and T series are cited as violators in his petition.

Nandi Chinni Kumar alleges that the Jund film team illegally acquired the rights of Akhilesh’s life story from Vijay Barse. A story which was developed based on Vijay Barse’s life cannot possibly be complete without showing Akhilesh Paul, who went on to play slum soccer as Indian captain. Nandi Chinni Kumar also claims he has acquired exclusive copyright of Akhilesh Paul story, who now assert that he sold him the rights exclusively for a documentary and not a feature film.

Moreover, Kumar states, the “Jhund” producers have intimated telephonically and assert, they have owned rights of Akhilesh Paul’s story from the man himself, but haven’t provided a legal written acknowledgement yet.

While Nandi Chinni Kumar looks to halt the film’s release in the two theaters and OTT platforms, the defendants also filed a counter affidavit following the court hearing. The report further expresses that after getting notice from the court, the film makers have told the court that the film is about Vijay Barse and not Akhilesh Paul. The 15th District Judge, hearing the arguments of both parties, adjourned this month for further orders.