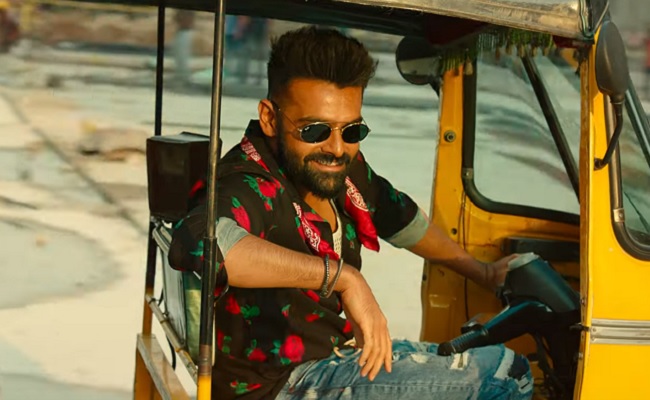 Now we get a peek at iSmart Shankar’s character, language and body language in the teaser launched on the occasion of Ram’s birthday.

Ram is looking entirely different from his previous films. He has done a couple of mass movies, but has never played such a massy character mouthing perfect Hyderabadi dialogue.

Ram’s getup, diction and body language will draw attention towards the film. Puri tried a mix of Hindi and Hyderabadish Telugu in dialogue, which gives it an authentic feel to iSmart Shankar.

The teaser just introduces us to iSmart Shankar, but doesn’t givr anything away about the plot and other elements.

Puri is known for giving head turning makeovers to all actors and iSmart Shankar is no different. It will have our full attention from now on.