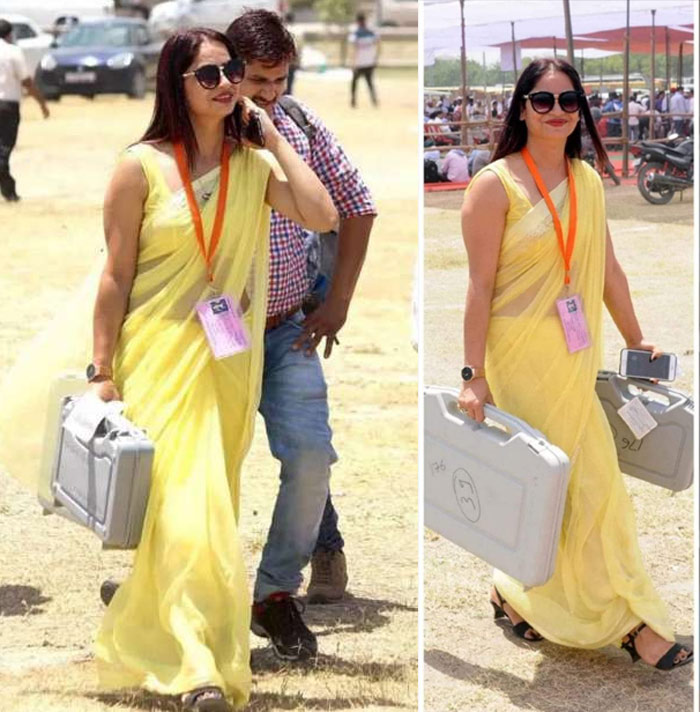 It takes just a few hours for someone to become famous on the internet. Many people have become an overnight internet sensation and now one more new face is on board. After Priya Varrier and RCB girl, netizens are now swooning over a lady election officer.

Her pictures at a polling booth went viral in no time. The lady was seen in a yellow saree and all social media platforms are filled with her photos. People also tried to find her name and personal information and yes, they succeeded in doing so.

Her name is Reena Dwivedi and she was on duty for the elections. The pictures which went viral are from Lucknow and Reena also hails from the same city. The images are said to be captured by photojournalist Tushar Roy.

In one of her viral images, Reena can be seen carrying EVM machine near Nagram in Lucknow since she is on duty. She was also inspecting the arrangement for elections. Later, Reena reacted to the whole incident saying, “I was doing my duty. When I reached the polling booth with my team, someone took my pictures and they have since gone viral. Now, many people come and ask me for selfies.” However, she also confessed that this popularity is bringing her both positive and negative impact.