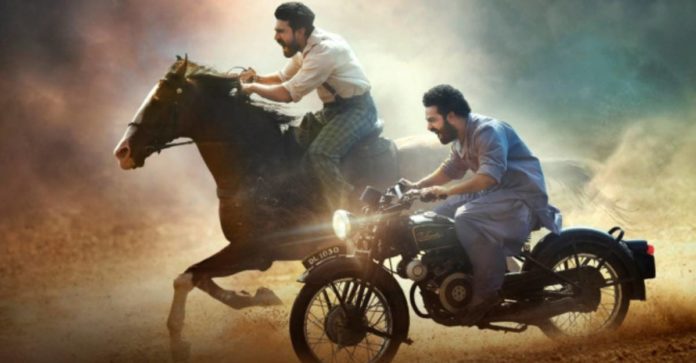 SS Rajamouli’s upcoming directorial venture RRR is one of the much-hyped movies of the Indian film industry, in which Ram Charan and Jr NTR are sharing the screen space for the first time. Backed on a massive scale by DVV Danayya, the film has caught the attention of the entire nation and the teasers of RRR have hyped the craze for the movie many times.

The latest buzz is that the climax of RRR will have a run-time of around 40 minutes and it is packed with a heavy-duty action episode. With an emotional twist in the end, the climax is said to be made with a massive budget. It is heard that the makers spent a whopping Rs 80-90 crores on the climax portion alone. Keeravani’s background score is expected to add elements to the fight sequence, making it more intense.

RRR will have Ram Charan and Jr NTR as freedom fighters Alluri Sitarama Raju and Komaram Bheem, respectively. The film features Alia Bhatt and Ajay Devgn in key roles. RRR will release either on March 18, 2022, or April 28.