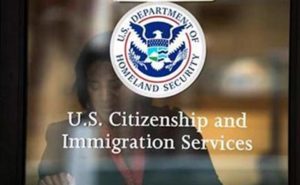 Washington: Federal law enforcement agencies have arrested 90 foreign students, mostly from India, enrolled in a fake university established by the US government to check immigration fraud, a media report has said.

The US Immigration and Customs Enforcement (ICE) has so far arrested more than 250 students, who were lured to enroll in the now-closed University of Farmington in the Detroit metropolitan area by the Department of Homeland Security.

The ICE had in March arrested 161 students from the fake university established by it. When it was closed in March, there were 600 students, mostly Indians, enrolled in it.

The latest news of arrest of additional 90 students in recent months, first reported on Tuesday by the ‘Detroit Free Press’, has resulted in outrage with #AbolishICE hashtag gaining ground on Twitter and other social media platforms on Wednesday.

According to an ICE spokesperson of the 250 students arrested so far, “nearly 80 percent were granted voluntary departure and departed the United States.”

Of the remaining 20 percent, about half of them have received a final order of removal, the official was quoted as saying. Federal prosecutors claim that the students knew that this was a fake university as there were no classes.

Senator Elizabeth Warren, a leading Democratic presidential candidate, described the move as “cruel”. “This is cruel and appalling,” she said in a tweet. “These students simply dreamed of getting the high-quality higher education America can offer. ICE deceived and entrapped them, just to deport them,” Warren said.

ICE had filed criminal charge sheet against eight recruiters. Seven of them have pleaded guilty. These eight recruiters have been indicted for conspiracy to commit visa fraud and harbouring aliens for profit by the US Attorney for the Eastern District of Michigan.

Students enrolled in the university, a significant number of whom were from India, came to the US legally on a valid visa issued by the US embassy in India.

The US “trapped the vulnerable people who just wanted to maintain (legal immigration) status,” Rahul Reddy, a Texas attorney who represented or advised some of the students told Detroit Free Journal. “They prayed upon them,” he alleged.

The fake university charged around USD 2,500 per quarter for graduate programme and the average cost is USD 1,000, the daily reported.