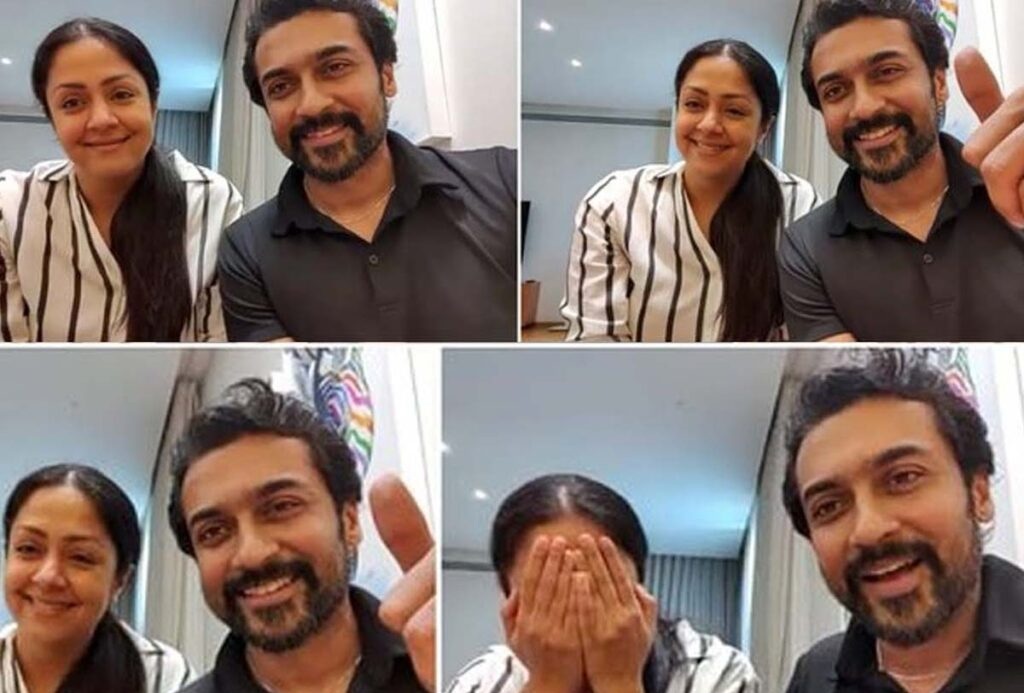 Ponmagal Vandhal is the first film to release on OTT directly sans theatrical release and this Tamil first is streaming from May 29. Talking to a popular journalist on his YouTube channel, Suriya and Jyothika have said that this film is very close to their heart.

Many have been against the idea of the film releasing on the OTT platform, but the couple stuck to their decision and went ahead with giving a nod to OTT release sans theatrical. Directed by JJ Fredrick, the film is produced by Suriya Sivakumar under 2D Entertainments.

Jyothika said, “I have done many films. But I always wanted do a film that I can tell my daughter to watch proudly. Ponmagal Vandhal is about safety of girls in today’s society and what we all need to do for them. So that’s why I say this film is very close to my heart.”

Suriya is someone who keeps praising Jyothika for always giving her best to work, and home as well. Talking about the OTT controversy, Suriya said, “Ponmagal Vandhal will be releasing in 200 countries through Amazon. We decided to release it on Amazon and we stuck to the decision, and aren’t really bothered of what others have to say.”