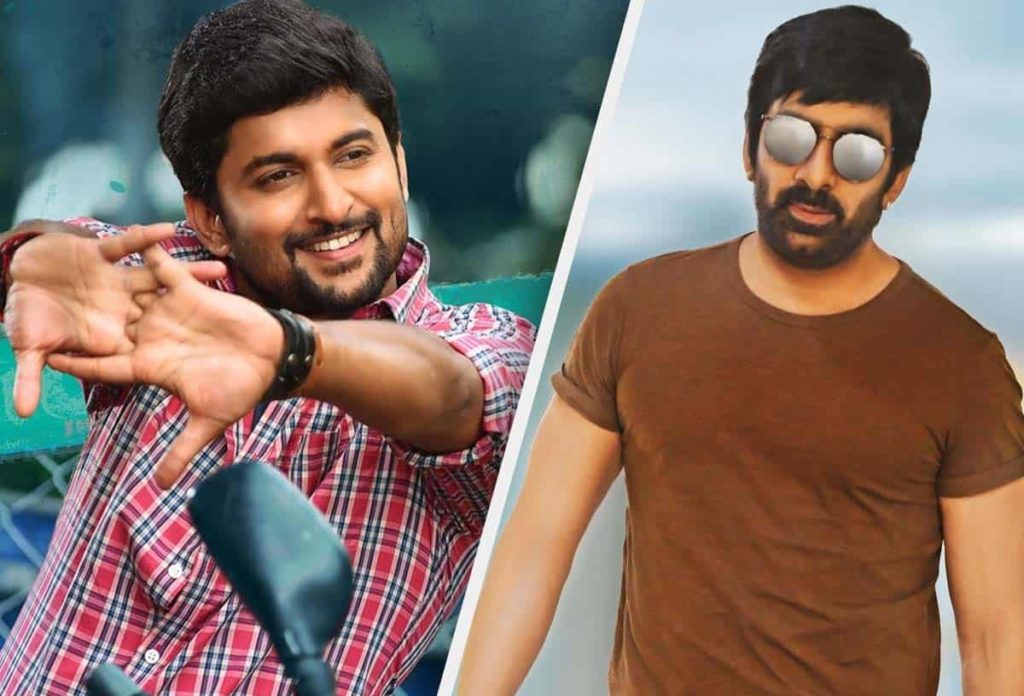 Hero Nani knows his limitations as an actor well. He lives up to his sobriquet Natural Star. While he had tried his hand at mass films once, nothing had worked in his favour. He immediately realized this and changed his strategy. After the films like Middle Class Abbayi (MCA) and Krishnarjuna Yuddham failed to meet the expectations, Nani has been staying away from formula and commercial films.

Apparently, writer-turned-director Vakkantham Vamsi has recently met Nani and narrated a story to him. Nani too liked the story, but he felt that he is not apt for the story.

As per grapevine, Nani told Vamsi that he is not apt for it and in fact, suggested Ravi Teja’s name for the lead role. Nani said to have suggested Vamsi that the role would be perfect for Mass Maharaj and told him to approach him.

Vamsi, who has been waiting for a hero after his directorial debut Naa Peru Surya failed, has taken Nani’s suggestion seriously. He said to have met Ravi Teja recently and narrated the story.

If all goes well, Vakkantham Vamsi and Ravi Teja’s film is likely to be launched post lockdown, all thanks to Nani. One has to wait and watch whether the writer of successful films like Race Gurram, Kick and Temper would also prove his mettle as director or not.