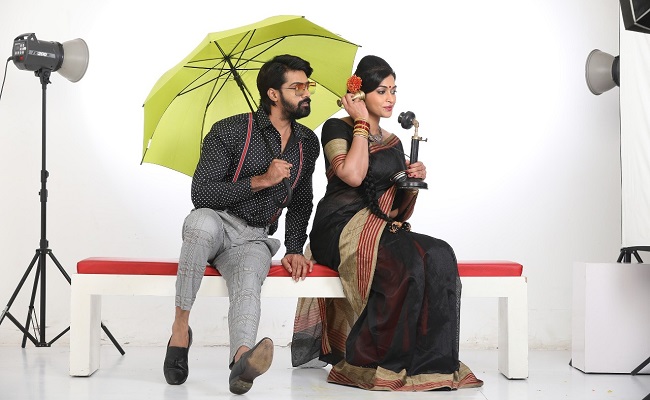 OTT platforms are the go-to source for entertainment these days, given the lockdown regulations and filmmakers are making the most of the situation by releasing their films directly on OTT platforms.

Incidentally, even Keerthy Suresh’s ‘Penguin’ is in the pipeline for direct OTT release.

Starring Naveen Chandra and Salony Luthra in lead roles, Bhanumathi Ramakrishna is the latest addition to the list of films which are up for OTT release. The film was made with digital audience in mind and it will be out on a digital streaming platform soon.

The trailer, which was released recently suggests that the film is a love drama and the story revolves around a man and woman who are in their mid 30’s and are single for different reasons. The trailer has some soulful music and appealing visuals.

The lead pair, Naveen Chandra, and Salony Luthra play complex roles and the entire set-up looks realistic. Going by the trailer, the film is portrayed through the girl’s point of view.

A portion of the film was apparently shot using ‘Guerrilla’ filmmaking technique, which means the camera crew follow the actors in real locations without anyone being aware of the fact that there is a film shooting going on.

Bhanumathi Ramakrishna was directed by Srikanth Nagothi and produced by Yaswanth Mulukutla. Achu Rajamani the music and Sai Prakash U handled the camera. Northstar Entertainment is presenting this independent film.