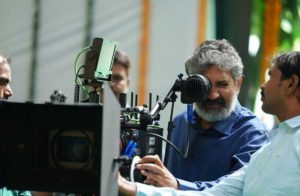 We have already seen how debates have raged on Twitter regarding the timing of the release of #RRR title motion poster and then Ram Charan’s character intro video. While the two received tremendous response from film lovers, there is a criticism that this is not the right time to release such stuff as the mood of the nation is something else altogether.

But then, legendary director Rajamouli, the man behind this magnum opus RRR, says that they have released the stuff intentionally. Speaking with a popular film critic from Bollywood via video chat, Rajamouli said, “It’s kind of incentive we gave to people, by making sure that we give them nice entertainment at least for a fraction of time. Major idea to release #RRR video, Ramaraju video is that we want to give some relief to people”.

Also, the director stated that they would have got more views and applause if they do it after the Covid-19 crisis settles down, but he wants to distract the people from depression and fake messages. “Out of 10 messages on Whatsapp, eight are crap, which are unnecessarily stressing people, and driving them crazy. To give them something real, original and that will alter their moods, we released these video” he further added.

RRR features Jr NTR and Ram Charan in the roles of Komaram Bheem and Alluri Seetharamaraju, while Ajay Devgan, Alia Bhatt and Olivia Morrison will be seen in other prominent roles along with Samuthirakani and other set of stars.