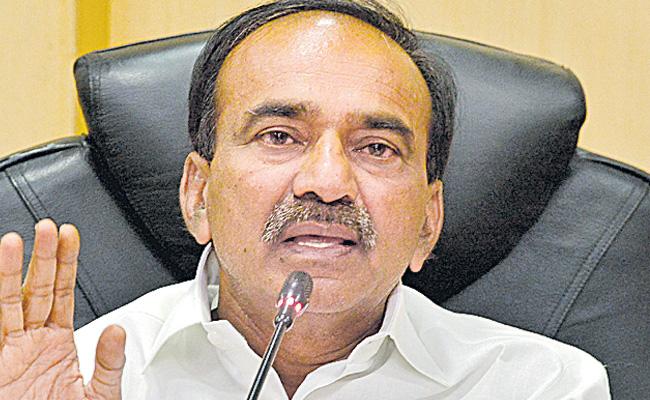 Telangana home minister Mohammad Mahmood Ali was on Sunday admitted to a private hospital in Hyderabad after he tested positive for the Covid-19, health department officials said.

Ali is the first cabinet minister in the state to test positive for Covid-19. Earlier, three TRS legislators, gunmen and personal assistants of at least three ministers tested positive and are undergoing treatment at different hospitals.

The minister, who attended a series of programmes including Haritha Haram, under which he had taken up tree plantation in the police parade grounds at Gosha Mahal in the old city area last week, got tested for Covid-19 three days ago after his gunman tested positive last week.

“On Sunday, the test result proved that he was positive for the virus. He immediately got admitted to a corporate hospital in Jubilee Hills,” an official in the health department said.

At the Telangana State Police Academy (TSPA), a huge number of 180, including 100 trainee sub-inspectors and 80 officials and staff, have tested positive for the respiratory disease. Most of them are asymptomatic.

State health minister Eatala Rajender admitted that the number of cases for Covid-19 had been on the rise in Hyderabad and surroundings, but the death rate was not very alarming – it was just around 1.1% which was very low compared to the national average of 3 per cent.

“In the rural areas, the disease had been under control and there were not many cases. We have been taking all steps to contain the virus as per the directions of the Centre,” Rajender said.

He said the state cabinet would take a decision soon on the reimposition of lockdown in Hyderabad and its surroundings in the wake of growing cases.

Rajender refuted reports that patients admitted in the government hospitals were not getting proper treatment.

“There was a report in the media that one patient died due to lack of ventilator support at the Government Chest Hospital. This was absolutely false. In fact, doctors and paramedical staff were risking their lives in fighting against the coronavirus,” he said.

He said as many as 257 doctors and other health care professionals tested positive in the state and of them, only a head nurse succumbed. Similarly, among the police department, 184 cops tested positive and only two of them died of co-morbidities.

Meanwhile, a central team led by joint secretary of Union ministry of health Luv Agarwal is extensively touring different hospitals in Hyderabad to inspect the facilities and treatment being given to the Covid-19 patients.

The team will hold a series of meetings with state government officials to assess the ground situation in Hyderabad, which accounts for 88% of the Covid-19 cases in the state.

According to the Union health ministry, there are 14,419 Covid-19 cases in the state and 247 have died so far.