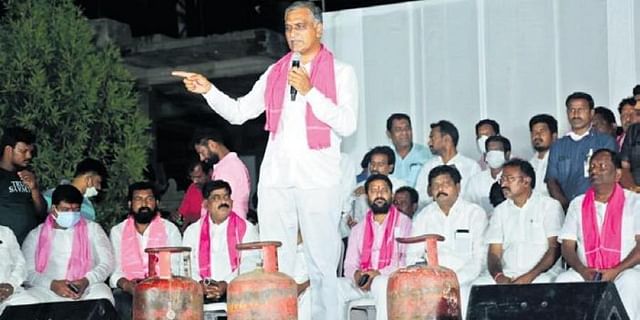 KARIMNAGAR: Launching a scathing attack on BJP State general secretary G Premender Reddy, Finance Minister T Harish Rao once again alleged that the Election Commission of India (ECI) issued orders to defer the implementation of Dalit Bandhu in Huzurabad based on a petition submitted by the BJP leader. He was speaking at an election campaign in Jammikkunta on Wednesday.

“Premender Reddy submitted the petition on October 7. I have proper information regarding this and am ready to debate any of their leaders on the matter,” he said. Taking a dig at the saffron party, he said: “It would be very helpful if the BJP changes its name to GDP since fuel prices have increased at least 16 times in the last 21 days”