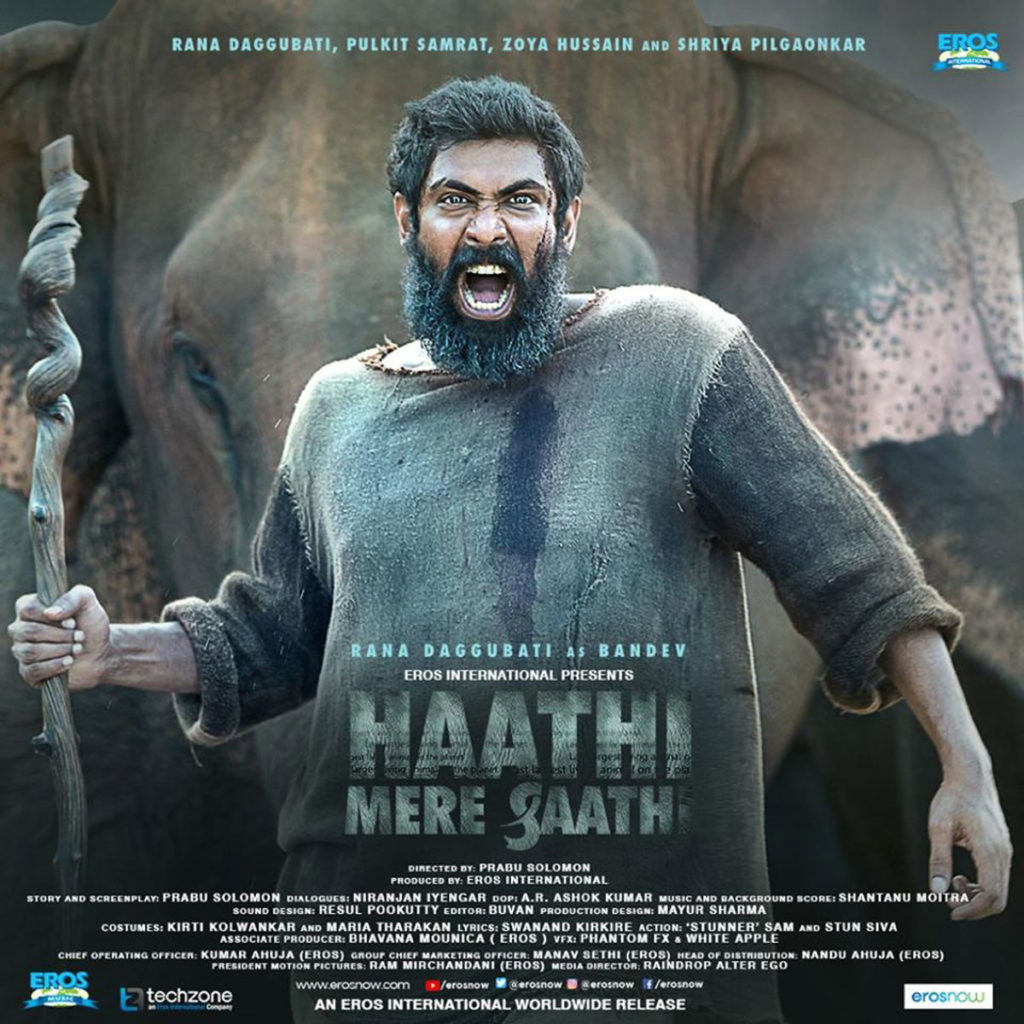 Rana’s Haathi Mere Saathi (Aranya in Telugu) first look garnered huge attention the other day. In a rugged and shabby look, Rana scared the onlookers with his shriek captured as the first look. Now the teaser is out and the Daggubati hero is menacing.

Rana appears to be the savior of the animal kingdom and with that look and run, the multitalented fits the bill. Rana will be seen as Baldev who stays in the deep jungle and who saves the animals from cruelty and abuse, as it looks.

The howling sounds, his attire, the expressions, and the run, looks like Rana has done it all right and is going to enthrall us the best with Haathi Mere Saathi. The movie is being made in three languages, directed by Prabhu Solomon. Pulkit Samrat, Shriya, and Zoya will be appearing in other important roles.

As Rana calls it the biggest battle to save the forests, watch the teaser to see the rise, rage, roar!