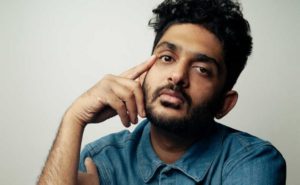 Telugu music lovers are showering immense love on Sid Sriram. They are listening to his songs continuously and they are registering millions of views.

If a movie has Sid Sriram’s song, it is getting huge publicity worth lakhs of rupees. Considering the demand, he is paid around Rs.5 lakh whereas ordinary singers get Rs.5,000.

There is no need to specially mention the magic Sid Sriram’s songs have done right from ‘Geetha Govindam’ to the recent ‘Ala Vaikunthapurramloo’.

Filmmakers understood his craze and they are specially requesting the music directors to plan a song with him.

Thaman who got a flying start for Ala Vaikunthapurramloo’ album with Sid Sriram song, has planned another song with him for ‘Vakeel Saab’.

Even the star hero movie songs won’t get this kind of response. This is the best example to say that Sid is changing the fate of even small films with a single.