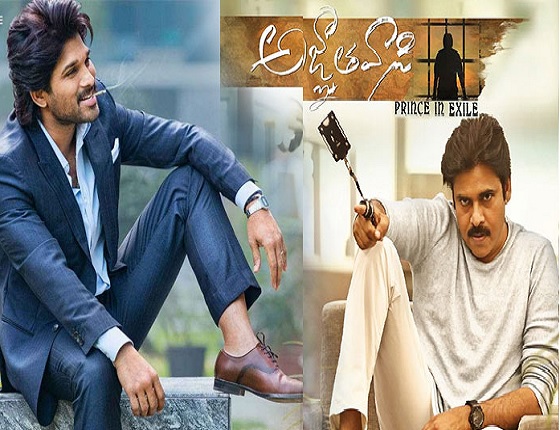 Writer-director Trivikram is known for his understanding of mythology, and the way he writes things in his movies to explain philosophy in a sensible way is what liked by millions of audiences. Once again he proved his mettle with Ala Vaikunthapurramuloo, where some cute scenes and strong dialogues enthralled film lovers like never before.

After watching Ala Vaikunthapurramuloo a couple of times, some people have got doubts as to why Trivikram chose this story in the first place. Apparently the storyline of this Allu Arjun starrer is pretty similar to that of Pawan Kalyan’s Agnyaathavasi where a step son comes in from oblivion to rescue a big empire. So what might have promoted Trivikram to come up with a similar story again?

“Earlier he has made Agnyaathavasi, a story idea lifted from Largo Winch, with Pawan Kalyan’s inputs and ideas. And now, he has given a total twist to the story and treatment in his own style to make it as Ala Vaikunthapurramuloo. Maybe we could say that Ala Vaikunthapurramuloo is Trivikram’s version of Agnyaathavasi” a user commented on Facebook.

Many people actually agreed to the fact that Guruji is writing stories on wafer-thin ideas these days but it is the screenplay that matters end of the day rather the story.