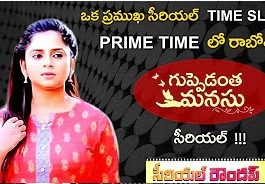 The film industry was shocked to hear the news of the demise of yesteryear Superstar Meena’s husband Vidyasagar. He breathed his last while undergoing treatment at a private hospital in Chennai. Condolences are pouring in for the family as colleagues of Meena and her friends in the industry are expressing their grief over what happened.

After the news broke out, many media outlets said that Vidyasagar has been suffering from a lung infection and was admitted to a hospital and was kept under treatment and he passed away at a private hospital in Chennai.

Now a piece of news is doing rounds. As per the information shared by the local Tamil Nadu media, there are a lot of pigeons nearby their house, and Vidyasagar is believed to have inhaled the droppings of the birds making them develop a lung illness.

As he recently tested positive for the Covid virus and recovered from the respiratory disease reportedly, there are a few post-Covid issues Vidyasagar has been facing, and inhaling the pigeon droppings made it tough for him.

The post-Covid complications and inhaling the pigeon droppings made Vidyasagar’s health deteriorate and his lung infection worsened. It is said that he needed his lungs to be transplanted and with no sponsors available, he breathed his life.

Looking at the medical possibilities of people developing serious health issues by inhaling the droppings of pigeons, there are high chances of happening the same. The world allergy organisation which studies the causes of various allergies says that pigeon feathers and droppings carry a lot of infections that cause a variety of allergies and infections.

The research carried out by the organisation found that pigeon droppings can cause allergies like rhinitis, sinusitis, and even conjunctivitis. In worst conditions, the infected people might face issues with the functioning of their lungs, and the same is believed to have happened with Meena’s husband Vidyasagar.

However, the family is yet to react to the news of pigeon droppings behind the cause of death of Vidyasagar. We might get more clarity on this, once the family reacts and issues any press release in connection with the death.