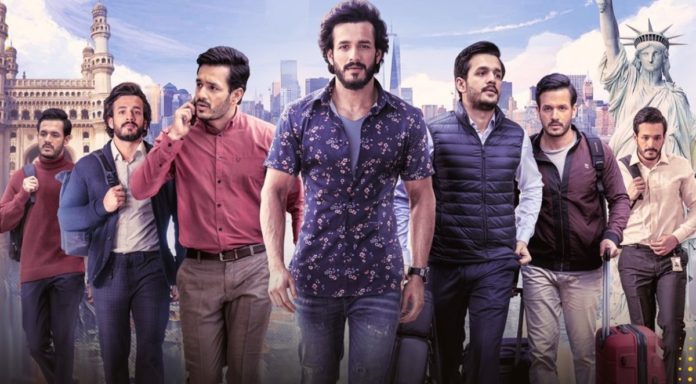 There is a positive buzz surrounding the film, how do you feel?

We are coming with a positive entertainer. Entertainers are the need of the hour now and we are offering the viewers same with Most Eligible Bachelor. I am happy with the positive buzz surrounding the film.

You have watched the film, what is your verdict?

I am very much attached to this film. Entertainment was our aim even before we commenced shoot and after watching the final cut, I came to a conclusion that we achieved the same with this film.

Most Eligible Bachelor title perfectly suits you, what can we expect from the film?

This film will connect with all sections of the audience. It is relatable to everyone on multiple levels.

The journey with Baskar has been amazing. I did a whole lot of soul searching while filming for Most Eligible Bachelor.

Did you undergo a makeover for the film?

There will be a noticeable difference in my looks in the film. It will have a slice of life touch to it. It unravels the journey of Harsha from a boy to a man.

Pooja Hegde plays a stand-up comedian in the film and she played an author-backed role in the film. This will be the most valuable character in her career. She has excelled in the role?

About the blockbuster audio album?

Gopi Sundar is a perfect fit for our film. He added a new layer to the film with his brilliant album and sound track. The background score will haunt you all after watching the film.

Allu Aravind seemed extremely confident about the film, your journey with Geetha Arts?

It was a pleasure working with Allu Aravind. I will definitely work with Aravind garu again in the near future.

What did Amala garu say after watching the trailer?

She blindly supports me. She is always oozes positivity and helps me out whenever I feel a bit low.

He is so very passionate about work. He always wakes up early in the day and puts in his cent percent efforts day in day out. He is apt for the ‘Manmadhudu’ tag.