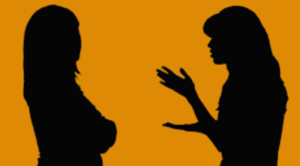 She is one of the popular character artists in the Telugu film industry known for her motor mouth. Recently she suffered a major health issue but covered it up saying that she took a break from everything, just to find herself a new version of her.

If we cut all that crap, the film industry is abuzz that this lady is actually indulging in unlawful activities. While she fights for women’s rights and other feminist tings, it is being heard that she actually pimps girls to some biggies of film and political circles. Apparently she is said to have a ladies hostel where she will be convincing the working class unmarried women to get in bed and get paid heavily.

Recently some of her acts are said to have come out after an actor who went on a vacation with a girl sent by this senior character artist get caught by his family redhanded at a beach vacation. Though the lady preaches the tales of Rama and Geeta whenever she opens her mouth, they say her days are numbered as already law enforcement agencies are said to be trying to acquire proofs against her.