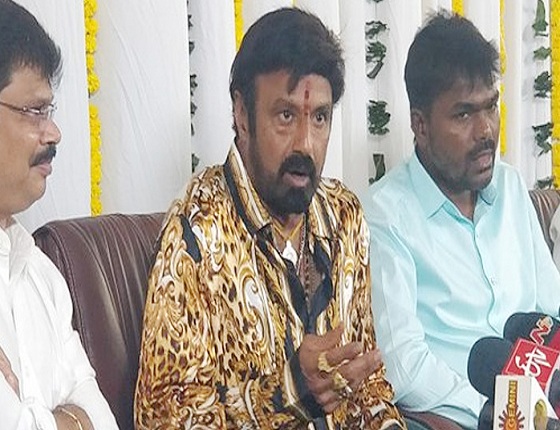 Hero Nandamuri Balakrishna said Disha rapists were aptly punished by God in police avatar. Speaking at the launch of his 106th film, Balayya congratulated the Telangana police and government.

“I appreciate the Telangana police and I think, Disha has got justice now and may her soul rest in peace,” said Balakrishna. The Nandamuri hero has expressed his deep sympathies to Disha’s family members.

Director Boyapati Sreenu added that none can escape from the police and law after committing a crime especially against women. This encounter is an example and hope such incidents will reduce in future, added director